Sometimes when you find something  that is so much fun…. you just gotta bring a friend (or two… or three…).  The sheer experience of organizing something this big for this many people is astounding.  With a few breaths taken, we have our post-FurBQ report..

Everything is due for a change, and our event is no exception.  Our day began with both cars packed and loaded.  Turned out, one more friend needed the ride this year. Undeterred by the early schedule, Kat reached their house around 4:45.  She actually ended up getting there before Stego. She wasn’t even the first to arrive. Lo and behold, there were at least 3 other people in the parking lot near our reserved area. Within minutes someone had donned a fursuit. You guys are arriving earlier and earlier! 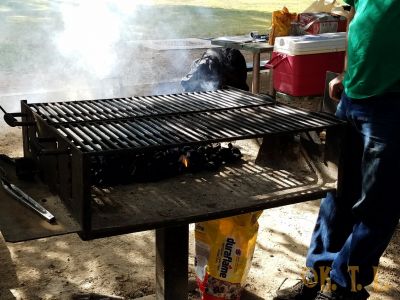 Signs went up where possible, with a few additions from the year before. Easels were placed at the front and back of the site, displaying helpful guidelines for our event, our donor list, and of course we added the orange “Tripping Hazard” signs for safety. We also placed some more humorous signs on our trees to encourage mindfulness.  Contributions of food, sodas and ice were trickling in. By the time Stego arrived we had a small pile going. Leo had also come to set up his own grilling area. He even made pancakes!

When fellow fur Ubervoop arrived, we were in for a surprise. Presented to us was a colorful banner for SoCal Furs, Kat and Stego’s community website that posts local furry events. Featured was a stegosaurus cooking, along with Tamerlaine and Noah in different poses. We were so surprised at how snazzy it looked and we think other people enjoyed it as well. 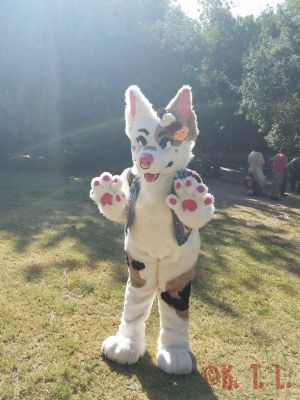 The day began to fly as Stego began the first rounds of burgers. Kat spent tim between the picnic area, the side field areas and the parking lot. Chance and the San Diego furs arrived just before the lot really got full, a big brand new changing tent in tow. Once the two tents were up, it wasnt long before people were using that to change, no more need to do it in the parking lot. Kat was happy to have a place to direct suiters to, and the tent was in full swing practically all day.

The weather was quite the happy medium on FurBQ day, which meant alot of people were suiting up. With the given time of 3pm for the group shot, early afternoon started to be where we could really see our peak population (around 185 people on site at once), with many all suited up and being herded by a happy Chance Dragon.

It seemed like in a blink, afternoon turned to evening. We began doing our end-times trash detail around 5:45pm. Trashclaws came out and I brought out the rake to get all the small fiddly bits. As we neared our 9pm “clear out” deadline, we did find a few odds and ends left that didn’t look like stuff meant to be trashed. Yup, another “lost and found” gallery for this year. Check it out if you have something missing. We got quite the mix.

We Thank You All (Important Notes Below)

All day, Stego and Kat ran into friends — both those returning for another FurBQ and for people we had not seen in forever. Seems our event is about getting that mix of old and new connections, with about 225 total seen throughout the day. As the event grows, we consider things we can do to improve.

With those tidbits out of the way, here are some photos showing the fun that can be had at SoCal Furs’ annual FurBQ. 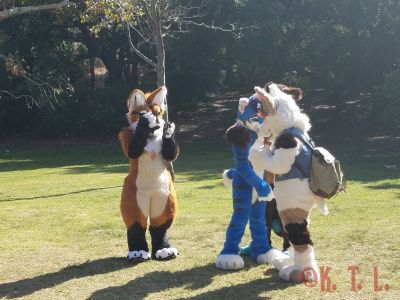 More can be seen in the FurBQ 2017. Special thanks to Mesic Fox for providing some of the pictures.

There are some awesome photographers at our event, so if you want more furry photos, check out:

With all the camera fiends in attendance, video was inevitable. Enjoy the highlights, filmed by members of our community. 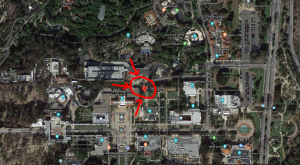 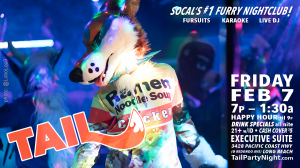 Tail! is So Cal’s permanent nightclub event. Similar to the trailblazing parties Frolic and Foxtrot), we want this to be an expressive, open event, (so yes you CAN bring your leather/ rubber/ kink get-ups in[...]
Feb
8
Sat
2:00 pm The Prancing Skiltaire
The Prancing Skiltaire
Feb 8 @ 2:00 pm – 10:00 pm 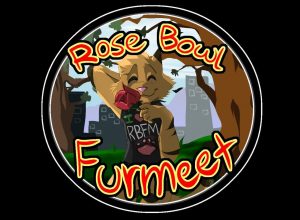 Welcome to the Rose Bowl Fur Meet. RBFM — Founded by Takoda, is a monthly meeting of like minded individuals who like to hang out and play games together in the park. We are mostly a[...]
View Calendar
Add