Can it finally be “Spring” yet? While recent SoCal weather has yet to decide, we look at March as when things start to happen.  Well, we can only speak for ourselves when we say that.  Really, for the Southern California area, this is a year round thing. 😉

Looking on recent weeks, I can say that events are picking up again.  From photoshoot meets in Ventura and Santa Barbara, pockets of small monthly meets, to casual park meets in Pasadena and Orange County … the mix of event types has been nice. Admittedly, we did post some meets that …well… we arent sure how they went. We try and keep in contact with organizers, especially for the new events, but sometimes we get no answer.  No matter how you communicate best, our contact form is always open.

END_OF_DOCUMENT_TOKEN_TO_BE_REPLACED

Labor Day has given way for rainstorms (yes… in August) and it has drawn us inside.  While we have been cooped up, we have begun the annual “crunch time for FurBQ”.  Stego and Kat have been looking over supplies, making lists and otherwise keeping track of all that awaits us in 3 weeks.  We got the reservation, and a budget for meat (and starter items for our early crowd), and we are almost ready to go

… however, we have decided to do some rearranging of our space within our rented group area (Group Area 3).  Please look at our updated calendar entry, which gives all information about our event and includes info about our FREE grilling areas for those that like to get proactive about cooking good food.

Regarding other events, we have been checking in with organizers and our September and October months have gotten some returning events, as well as some modifications. Please check out the calendar to see all the updates.

If you havent yet connected, check out the SoCal Furs Network (as well as in our sidebar) to find the network that works best for you. One addition is that we now have a Facebook page. In working within our community, and with some patience for Facebook itself, we can now get the information flowing there. Its only a simple page right now, but we are using it as a way to gather Facebook event postings from things that appear on our calendar. 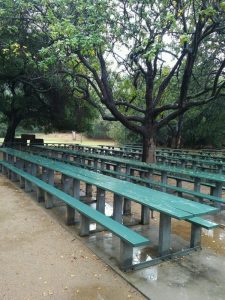